Check Out This Sexy New Must Read From Kasey Lane! 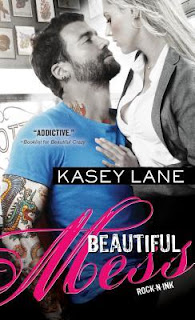 Hell's bells.
Jackson Paige was, in fact, Jax Pain, the drummer of Manix Curse.
That thing in Jami's chest tightened, making it hard to breathe.

When attorney Jami Dillon strides into the conference room to meet her new client, she's stopped in her tracks by an all-too familiar figure. Jackson Paige. He's her tall, tattooed, and sexy as hell hook up from law school-who also broke her heart.

Jackson Paige, aka Jax Pain, has worked hard to put that unfor-frickin-gettable fling behind him and the nasty secret that made him leave her. Truth is, life as the playboy drummer of Portland's hottest metal band hasn't helped him to forget the fiery, sexy woman who stole his heart. Lucky for him, Jami was just hired as his band's new attorney. But when he sees the look on her face when she realizes who her new client is, Jax wonders if maybe being this close to her again isn't such a great idea. The explosive chemistry is there, but so are the dark secrets... 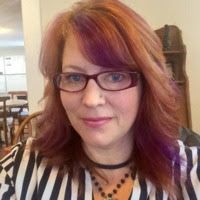 Award-winning author Kasey Lane writes sexy romances featuring music, hot guys with ink, kick ass women, and always a happily ever after. A California transplant, she lives with her high school crush turned husband, two smart, but devilish kids, two dumb-as-rocks Papillons, and a bunch of bossy chickens in the lush Oregon forest. Visit her at www.kaseylane.com where you'll find her swearing too much and talking about the San Jose Sharks, tattoos, and Jack White.

Here Is My Review Of Beautiful Mess:

Seeing Jackson Paige again has stirred up a lot of old feelings that Jami Dillion had hoped would stay buried in the past, but unfortunately for her they are front and center in her mind, and invading her every thought. Long ago Jami thought for sure Jackson was it for her, then he unexpectedly walked away from her and everything they had without so much as a goodbye. Now here he is back in her life again, asking for another chance, and she wants no part of that, so she tries her best to avoid him, but he isn't taking no for an answer. They are from different worlds now, and one would think they have nothing in common, but the minute his lips hit hers it makes everything in her world feel so right...

Manix Curse drummer Jackson Paige knows he screwed up royally when he walked away from Jami, but at the time he thought he was doing what was right for both of them... and truth be told he realizes now that he couldn't have been more wrong. He has often thought about her, tried to bury his memories of her in nameless band groupies, but no matter how hard he tries she is still there. With the band gaining notoriety, and big changes coming, they decide they need a lawyer to negotiate deals for them, and the minute she walks into the boardroom Jackson is left completely breathless... their new lawyer is none other then his beautiful ex Jami Dillion!

Within seconds of cracking this book open I was hooked, these two feisty lovebirds pulled me into their world and had me feeling the words, each one stirring my emotions, and leaving me craving more. So I kept swiping the pages, and with each on the deeper I fell, and before long it was the wee hours of the morning, and I was swiping the last page and completely enamored with what I had just read...this story was seriously something else!! I loved every minute I spent submersed in the pages of this one, it was my first read from Ms. Lane, and I have to say it exceeded my expectations, and left me a lifelong fan! I highly recommend this one, it's sure to leave you with a happy heart... and maybe with a crush on a certain sexy drummer too!