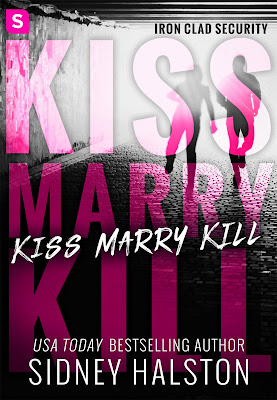 He's been chasing a memory . . .
It was just supposed to be a regular Thursday afternoon…and then he saw her. Sitting in seat L214, one seat over from his at the baseball game, right next to her douche of a soon-to-be-ex-boyfriend. An impromptu kiss for the kiss cam, and Jax knew his life would never be the same. Five years and a tour in Afghanistan later, Jax is back stateside running his own private security firm, Iron-Clad, with his best friend. He isn't the man he used to be... but Megan isn't the sexy and sweet, though sheltered, twenty-two-year-old he left behind, either. And she's in trouble.

...but now they're on the run.
Megan Cruz has made something of herself. She’s turned her dreams of pop stardom into a reality. But when a deadly stalker breaks into her home claiming to be her number-one fan, the only person she can turn to is the boy who got away. But Jax isn’t the same carefree charmer who stole her heart, then broke it when he joined the military. This man is seductive, hard, guarded. And he'll do anything to protect what's his. 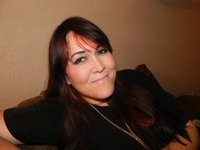 USA Today bestselling author Sidney Halston lives her life by one simple rule: "Just Do It" - Nike. And that's exactly what she did. After working hard as an attorney, Sidney picked up a pen for the first time at thirty years old to begin her dream of writing. Having never written anything other than very exciting legal briefs, she found an outlet for her imaginative, romantic side and wrote Seeing Red. That first pen stroke sealed the deal, and she fell in love with writing. Sidney lives in South Florida with her husband and children. She loves her family above all else, and reading follows a close second. When she's not writing, you can find her reading and reading and reading. She's a reader first and a writer second. When she's not writing or reading, her life is complete and utter chaos, trying to balance family life with work and writing (and reading). But she wouldn't have it any other way.

Here Is My Review Of Kiss Marry Kill:

After two tours in Afghanistan Jax Irons decided it was time for a change, so he hung-up his fatigues and formed a private security company with a few of his buddies. His new business allows him to use the skills he honed in the military, gives him the thrill of the chase he has grown accustom to, only now though he has a little more control over the when and where. His need to protect is something he constantly craves, and so when he learns that the woman who has been haunting his every thought for the five years is in danger he knows he needs to help. He shows up on her doorstep with the intention of protecting her from the evil that is lurking, but before long he finds that she has ingrained herself into every facet of his life all over again. And now that he has her back he has no intentions of letting her slip away again...

After a terrifying experience brings Jax back into Megan Cruz's life, she can't help but fall for him all over again, no matter how much her head tells her not to. The last time they were together he left her broken-hearted and alone when he chose to join the military, and ended their relationship. But the man that left her five years ago, isn't the same man standing in front of her now, he's a man with emotional scars, but also a man determined to keep her safe. She wants so much to trust him with her heart...

This chilling read grabbed my attention from the very first page, and had me completely addicted in matter of minutes, it was SO GOOD!! I have to say this is definitely one of my favorites from Ms. Halston to date, it was action packed, had a touch of spicy romance, and it kept me on the edge of my seat right up and until the very end! The moment you meet Jax your guaranteed to fall for him, he was as alpha as they come, but he also had a softer side that he reserved just for Megan, and when he turned on the charm he was truly hard to resist!! If you like your reads full of suspense and toe curling romance than I highly suggest you pick this one up, it's sure to thrill you in more ways than one!!