Check Out This New Release From Eve Dangerfield! 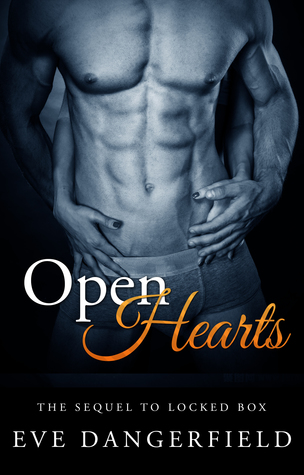 Ash Bennett’s had enough. She’s not wasting any more time longing for Prince Charming and getting stuck with Prince 'Babe, What’s For Dinner?'
If she can’t find a respectable, self-sufficient man to start a family with she’ll just do it by herself. It's better than pinning all your hopes on a guy who's never going to make you happy. Take Dean Sherwood, sure he’s stupid hot but that doesn’t pay the bills or remember to pick you up from the airport. No, they’re just having a little fun until Ash can find a donor. Right?
If only it was that easy...
Everyone loves Dean. He’s easygoing, a great footballer and always up for a beer or sixteen. He also has the attention span of a Cocker Spaniel on MDMA, but that’s never been a problem where the opposite sex is concerned. At least it wasn’t until he met Ash. Beautiful, driven and wild in bed; she's all he's ever wanted in a wife.
Unfortunately, he's far from what she wants in a husband, what with his perpetually empty bank account and inability to cook anything other than bacon. When she tells him he’s not baby-daddy material, Dean vows to become the man she needs, whatever it takes.
Open Hearts is the sequel to Locked Box. It features angst, bogans, hot sex, naked snowboarding and the triumphant return of Max and Julia who are dealing with a romantic dilemma of their own. 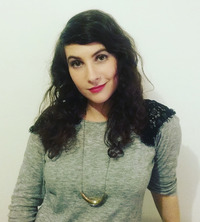 Eve Dangerfield has loved romance novels since she first started swiping her grandmother’s paperbacks. Now she writes her own sexy tales about complex women and gorgeous-but-slightly-tortured men. Her work has been described as ‘the defibrillator contemporary romance needs right now,’ and not by herself, or even her mum, but OTHER PEOPLE.
Eve currently lives in Melbourne with her boy, a bunch of semi-dead plants and a rabbit named Billy. When she's not writing she can usually be found making a big ol' mess.

After having a lackluster upbringing Ash has always craved having a normal, well rounded family of her own, mainly to break the cycle started by her mother, and to ultimately become a mother her own mother never was... problem is it takes two to make that happen, and her two is MIA! She has yet to find Mr. Right, you know the one that brings promises of marriage and happily ever afters, and she is starting to think he just doesn't exist. So she decides to just keep having fun with Dean, her recent bed buddy, until Mr. Right comes along, or she gives up on that and makes a go at handling the baby making on her own. But, Dean decides to throw her for a loop when he vows to become the man she has been looking for all along, he is convinced they are good together, they just need some fine tuning here and there. She has her reservations about his plan, and is certain he can't sway her opinion of him...but what can it hurt to try!

This was my first read from Ms. Dangerfield and I have to say I am quite impressed with what I found, her charming little story captivated my attention from the get-go, and held on tight until the last page was swiped! I loved these characters, they had a very realistic quality about them, and their situation seemed very plausible, and easy to relate to. It was refreshing to dive into unfamiliar territory and experience a new writing style with no preconceived notions, the story line was very inventive, and I thoroughly enjoyed every minute I spent with these two! I think it is safe to say I will be coming back for more in the very near future!! Highly recommend this one, Ms. Dangerfield's heartfelt story is sure to have you smiling and swooning the whole way through!!