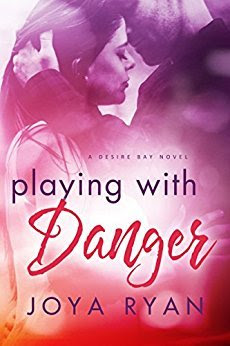 They married on a whim, and then she disappeared from his life. Now he’s determined to find her and convince her to make their marriage work . . .

It’s all happening for Hannah Hastings. After ten years of slinging drinks, she’s about to go from bartender to bar owner. But before she can sign her name to the deed, a blast from her not-so-distant past comes blowing into her hometown of Yachats, Oregon. It’s Grant Laythem, the man it seems she can’t resist. And he’s come looking for his runaway bride . . .

Set to inherit a multi-million-dollar company, Grant is used to women wanting to get him into bed—and get into his bank account. But not Hannah. Bedded, wedded, and abandoned after a passionate two-week fling, he never even had the chance to tell her who he really was. All he knows is that she wanted him, no strings attached. And now that he’s had a taste of something real, he’s not about to let it slip away.

Can Grant convince her to give their marriage a shot? Or will Hannah continue to run from the only love she’s ever known? 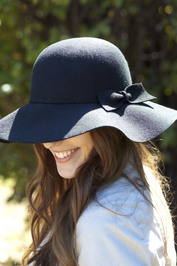 Hannah Hastings has a little secret that she has been harboring from her friends for the last six months... but that little secret has just become public knowledge, her husband has come to her little town in search of his runaway bride! Now not only does she have to tell her friends about him, she also has to admit to herself that walking away from him was probably the dumbest thing that she has ever done. But he comes to town with secrets of his own, secrets that could put a stop to their happily ever after before it has a chance to get underway...

Grant Laythem met the woman of his dreams six months ago, and gave her his name, but then when reality hit she panicked and slipped away... now he is on a mission to get his wife back. It took him a while to find her, but now that he knows where she has been hiding for the last six months, he isn't about to let anything stop him from getting her back. They have a lot to sort out, a maybe a little fighting to do, but he knows she is it for him... question is does she feel the same way??

Playing With Danger is a seriously sexy tale that weaves past and present, and follows a couple who struggles to find their way back to another, after six agonizing months apart. After reading the first book in this series, and meeting the wonderful folks of the Desire Bay series, I was anxious to get back to them, and discover another one of their happily ever afters, and I have to say this trip was just as pleasurable as the first. These two were quite the pair, I loved Hannah's feisty spirit, and Grant's alpha tendencies, they complimented each other nicely, and created quite the literary escape. Highly recommend you meet these two, their steamy little adventure is sure to heat up your world and your heart!!