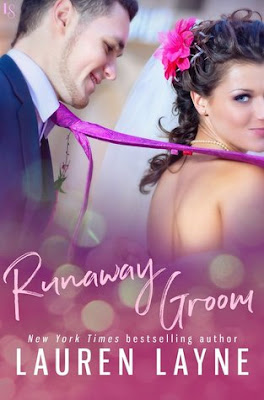 Add it To Goodreads

For one charming playboy, getting cast on a Bachelor-esque reality TV show is the shock of a lifetime—until he finds love where he least expects it. And now the chase is on!

Gage Barrett’s reputation as a ladies’ man has been greatly exaggerated, but none of that matters after a drunken bet lands him on Jilted, a reality TV show that matches runaway grooms with wannabe brides. Now he’s stuck at a Hawaiian resort with nineteen women competing to drag him back to the altar—and one contestant who’s even more miserable than he is. Gage has no idea how feisty, independent Ellie Wright wound up in the cast, but it’s obvious she hates his guts. And if there’s one thing Gage likes, it’s a challenge. . . .

Ellie can’t believe she let her best friend talk her into exchanging her dignity for a glorified bikini contest. Still, she could use the exposure—her business is struggling—and she’ll probably be one of the first to get eliminated anyway. But Gage isn’t the shallow jerk Ellie anticipated—and he’s in no rush to send her home. As stolen kisses turn into secret trysts, she finds herself losing track of what’s real and what’s for the camera. With the wedding finale looming, this runaway groom is tempting Ellie to start believing in storybook endings. 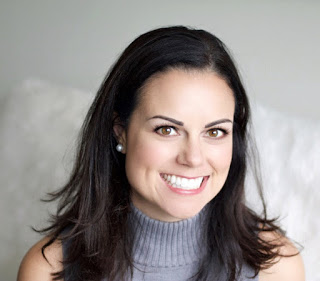 Lauren Layne is the New York Times bestselling author of romantic comedies. She lives in New York City with her husband.

A former e-commerce and web marketing manager from Seattle, Lauren relocated to New York City in 2011 to pursue a full-time writing career. She signed with her agent in 2012, and her first book was published in summer of 2013. Since then, she's written over two dozen books, hitting the USA TODAY, New York Times, iBooks, and Amazon bestseller lists.

Gage Barrett has really done it this time, he got drunk, made a bet and lost, so now he is filling his obligation of said bet on a reality show called Jilted, which ultimately means at the shows close he will have himself a wife. And the mere thought of being married gives him the hives, he has been down this road twice now, and both times he bailed before the "I do's" were said, but this time he signed on the dotted line agreeing that he must utter those words and it scares the hell out of him. He likes his freedom, and a wife would certainly cramp his style... but a bet is a bet!

Ellie Wright and her best friend have created the best t-shirt on the planet and they are certain it will be a hit with women, but they seem to have hit a little hitch, they need a boost in advertising, so what better way to get publicity, then to advertise on TV. The only problem with this little plan is that Ellie will be competing on the ever popular TV show Jilted for that publicity... and possibly landing herself a husband by shows end. Letting her best friend talk her into this to this cockamamie idea was beyond stupid on her part, she can't compete with these women, nor does she want to win the prize... a husband, by the name of ever famous playboy Gage Barrett. She has seen the tabloids and is well aware of what kind of man he is, but then she meets him, and begins to wonder if he is really as bad as they say?

Runaway Groom is a delightfully hilarious and oh so sexy little tale that is sure to score a special place in the hearts of readers, with it's feisty banter, steamy toe curling moments, and quirky, yet lovable, characters readers will feel like they hit the romance reading jackpot with this one! From the moment I cracked the cover on this one I found myself becoming attached to these wonderfully crafted characters, there was so much to love about them, from the banter they shared, to their secret meetings in the closet, I just couldn't get enough of them. They will pull you into their wild little TV adventure and have you flipping the pages like a madwomen to see if they can finally get it together and salvage something out of this unique situation they have found themselves in... and boy what a ride it is!! I highly recommend you get your hands of this one, Ms. Layne's characters are certain to steal your heart and have you laughing throughout!! 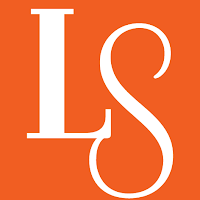