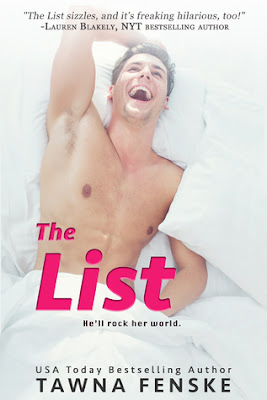 Cassie Michaels comes up with a list of naughty experiences to impress her sisters and finally convince them—and herself—she's not just a boring soil scientist. Unfortunately, it also makes Cassie a liar if she doesn't tick off at least some of the kinky exploits before her sister's bachelorette party. Luckily, she's found just the man to help her, starting with number four—sex with an anonymous stranger.

As the owner of a chain of computer shops, Simon Traxel doesn't deal with mundane repairs, but when a brunette with killer green eyes and a list of sexploits frozen across her computer screen shows up at one of his shops, he's ready to get a little hands on.

Simon's more than willing to have some fun helping Cassie turn her made-up adventures into reality. Between steamy public romps that go hilariously awry, and sexy antics with kitchen utensils, getting through a to-do list has never been this much fun. But nearing the last few items means nearing the end of their time together, and Simon isn't ready to let her go...

When Tawna Fenske finished her English lit degree at 22, she celebrated by filling a giant trash bag full of romance novels and dragging it everywhere until she’d read them all. Now she’s a RITA-nominated, USA Today bestselling author who writes humorous fiction, risqué romance, and heartwarming love stories with a quirky twist. Publishers Weekly has praised Tawna’s offbeat romances with multiple starred reviews and noted, “There’s something wonderfully relaxing about being immersed in a story filled with over-the-top characters in undeniably relatable situations. Heartache and humor go hand in hand.”

Tawna lives in Bend, Oregon, with her husband, stepkids, and a menagerie of ill-behaved pets. She loves hiking, snowshoeing, standup paddleboarding, and inventing excuses to sip wine on her back porch. She can peel a banana with her toes and loses an average of twenty pairs of eyeglasses per year. To find out more about Tawna and her books, visit www.tawnafenske.com. 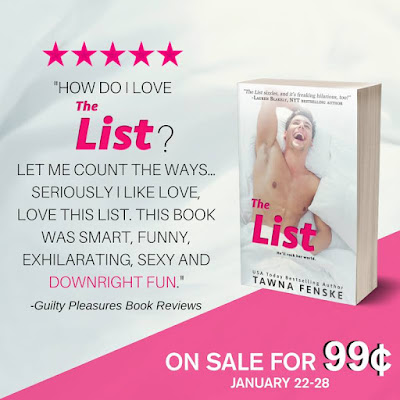