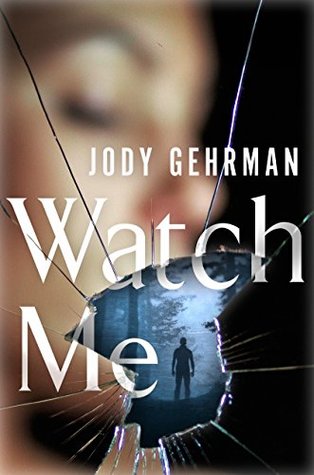 Add WATCH ME To Goodreads

For fans of You by Caroline Kepnes and Her by Harriet Lane comes a riveting novel of psychological suspense about how far obsession can go.

Kate Youngblood is disappearing. Muddling through her late 30s as a creative writing professor at Blackwood college, she’s dangerously close to never being noticed again. The follow-up novel to her successful debut tanked. Her husband left her for a woman ten years younger. She’s always been bright, beautiful, independent and a little wild, but now her glow is starting to vanish. She’s heading into an age where her eyes are less blue, her charm worn out, and soon no one will ever truly look at her, want to know her, again.

Sam Grist is Kate’s most promising student. An unflinching writer with razor-sharp clarity who gravitates towards dark themes and twisted plots, his raw talent is something Kate wants to nurture into literary success. But he’s not there solely to be the best writer. He’s been watching her. Wanting her. Working his way to her for years.

As Sam slowly makes his way into Kate’s life, they enter a deadly web of dangerous lies and forbidden desire. But how far will his fixation go? And how far will she allow it?

A gripping novel exploring intense obsession and illicit attraction, Jody Gehrman introduces a world where what you desire most may be the most dangerous thing of all. 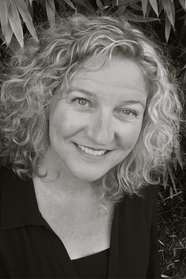 Jody Gehrman has authored several novels and numerous plays for stage and screen. Her young-adult novel, Babe in Boyland, won the International Reading Association’s Teen Choice Award and was optioned by the Disney Channel. Jody’s plays have been produced or had staged readings in Ashland, New York, San Francisco, Chicago and L.A. Her full-length, Tribal Life in America, won the Ebell Playwrights Prize and received a staged reading at the historic Ebell Theater in Los Angeles. She and her partner David Wolf won the New Generation Playwrights Award for their one-act, Jake Savage, Jungle P.I. She holds a Masters Degree in Professional Writing from the University of Southern California and is a professor of Communications at Mendocino College in Northern California. Learn more about this author on her website: https://www.jodygehrman.com/

Sam Grist has met his "one," in his mind anyway, and has been planning their future for close to five years now, he is completely consumed with thoughts of her and starting a life with her... now he just has to work up the nerve to actually talk to her and formally meet her.

College professor Kate Youngblood has hit an all time low, first her husband leaves her for another woman, a younger version at that, and now her second novel has tanked. She is lonely, heartbroken about her husband replacing her, and craves a little attention... little does she know she has drawn the attention of one of her students, and he has plans for her!

When you settle down with this one prepared to have your mind toyed with and your boundaries pushed... Watch Me is quite an intense thriller!! It is certain to captivate your attention from the very first page, and with each page that follows the more addicted you will become, it had me teetering on the edge of my seat the whole way through. This was my first experience with this authors work, and I have to say I was quite impressed with what I found, her well crafted tale kept me completely enthralled from start to finish! Highly recommend this one, it's sure to take you on a thrilling literary escape!!