The Newest Installment in the Garner Brothers Series from Stacy Finz! 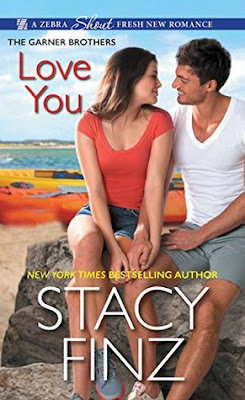 Sexy, smart, and exciting, the Garner brothers have made Glory Junction, California, the country’s top extreme sports town—but there’s no shortage of thrills wherever they go . . .

Darcy Wallace may be an employee at Garner Adventure, but the kind of excitement she’s looking for is more of the indoor variety. After a sexless marriage and a painful divorce, who better to help her get her groove back than the hottest player in town—Win Garner himself. There’s just one flaw in her seduction plan: he won’t cooperate.

Win is used to being the pursuer, so when Darcy turns the tables it throws him off his game—at first. Not that he isn’t tempted, he’s just trying to change his ways. Yet when he and Darcy are paired up for a work project there’s no avoiding the tension between them—or the fact that they make an indomitable team. Soon, Win begins to feel their connection is no game. This could be the real thing. And one no-strings-attached night together just might seal the deal . . . 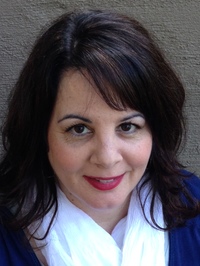 Stacy Finz is an award-winning former newspaper reporter. After more than twenty years covering notorious serial killers, naked-tractor-driving farmers, fanatical foodies, aging rock stars and weird Western towns, she figured she finally had enough material to launch a career writing fiction. She is the author of the Nugget Romance series (Kensington/Lyrical Press) about a small mountain town that has a strange way of giving people unexpected reasons to start over--and find the most irresistible chances to fall in love. Look for her Garner Brothers series (Zebra) in 2017. 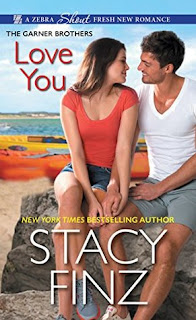 Win Garner is well versed in wild, he has been down the one night stand road and back again, and now after a live changing experience he has decided to become a more responsible man. One that can be counted on, respected, and taken seriously, but after many years of tearing up the town, folks are having a hard time believing he is a changed man. Even though he took himself off the market he still has women throwing themselves at him, and he keeps turning them down, then their receptionist winds up in his room in the middle of the night looking for a roll between the sheets, and it kills him to send her packing... but he does. But then it gets him thinking, and he soon realizes she wasn't quite off base, they do have something brewing between them, but acting on it would be so wrong, she could do far better than a guy like him... problem is she only wants him!

While working at Garner Adventure Darcy has grown quite fond of the Garner brothers, one in particular though makes her heart skip a beat, Win Garner. He just so also happens to be the wild one of the bunch, a gorgeous man never wanting for attention from the ladies who loves one-nighters, so naturally Darcy figures is she dresses in a sexy nightie and shows up in his apartment late at night, he oblige her... but he doesn't he sends her packing! Great, the one man she thought wouldn't turn her down, did exactly that, and it hurts, and makes her realize her dream of being his girl will never happen. But then they find themselves working together on a new project, and after many late nights working side by side, the sparks start to fly, and Darcy begins to hold out hope that she may have a chance with him after all!

From the very first page of this delightfully crafted tale I fell for these characters, their little almost late night encounter lured me in, had me intrigued and from there I had to keep flipping the pages and see what adventure awaited me. I have thoroughly enjoyed meeting these brothers, each one unique in their own right, and each one managing to find a special place in my heart, but after my time with Win I have to say he just edge his siblings out as my favorite. I loved following him along on his life changing journey, he made me smile, made me swoon, and left me in awe! If you haven't had the pleasure of meeting the Garner men I recommend you remedy that soon, because not only are you missing out on some good toe curling reading, but also the chance to meet some truly amazing characters!!