Coming To A Shelf Near You... After Nightfall by A.J. Banner!! 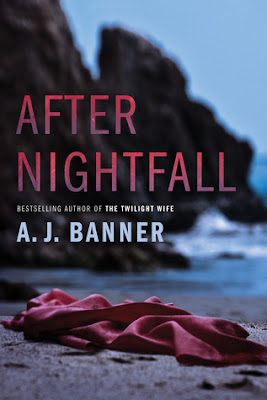 Add After Nightfall On Goodreads

Beware of friends with secrets…

Imagine your closest friend utterly betraying you. Years later, when she seeks forgiveness, you invite her to your engagement party as a gesture of reconciliation. But seething hostilities rise to the surface, ruining everyone’s evening. After an awful night, your friend’s battered, lifeless body is found at the bottom of a rocky cliff.

Newly engaged Marissa Parlette is living this nightmare. She should be celebrating her upcoming wedding, but she can’t shake the image of her friend lying dead on the beach. Did she fall? Was she pushed? Or did she take a purposeful step into darkness? Desperate for answers, Marissa digs deep into the events of the party. But what she remembers happening after nightfall now carries sinister implications: the ugly sniping, the clandestine meetings, the drunken flirtations. The more she investigates, the more she questions everything she thought she knew about her friends, the man she once trusted, and even herself.

Bestselling author A. J. Banner keeps readers on a razor-sharp edge in this intricately plotted novel of psychological suspense…in which nothing is as it seems. 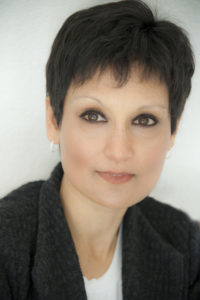 As a child, A. J. Banner loved reading everything from Nancy Drew to Tolkien to her parents’ spy novels, “borrowed” from their bookshelves and hidden beneath her pillow. She wrote her first thriller, Mystery at Crane Corner, at the age of 11. She drew her own cover art and bound the pages with staples.

Born in India and raised in North America, A. J. graduated from high school in southern California and received degrees from the University of California, Berkeley. She tried various professions after college, including a stint in law school and a memorable job at a veterinary clinic, since she loves animals, but eventually she returned to writing. Her recent novel of psychological suspense, THE TWILIGHT WIFE(Touchstone/Simon & Schuster) became a USA Today and Publishers Weekly bestseller.

Her debut novel of psychological suspense, THE GOOD NEIGHBOR was the #1 Kindle bestseller for 34 days, remained in the top five on the Kindle bestseller list throughout the book’s release month, and was in the top 50 in the Kindle store for 145 days in a row. THE GOOD NEIGHBOR was named by Harper’s Bazaar as a book that could be the next GONE GIRL. In 2018, Lake Union Publishing will release her third novel of psychological suspense, THE NIGHT HUSBAND, with a fourth novel to follow (publication dates TBA).

A longtime fan of Agatha Christie, Daphne du Maurier, and Alfred Hitchcock Presents, A. J. feels at home writing stories with unexpected twists and turns. She lives in the Pacific Northwest with her husband and six rescued cats.

Being engaged is supposed to be an exciting and blissful time in a woman's life, but for Marissa Parlette it's anything but that... her longtime friend has just been found dead at the bottom of a cliff following a tension filled dinner party at her home the night before. Finding her friend Lauren's lifeless body at the bottom of the cliff is downright unsettling, and it leaves her wondering if it was an accident or if someone "helped" her down there. With all the suspicious nature of Lauren's death swirling around her Marissa decides to take matters into her own hands, and begins doing some investigations of her own, and finds far more than she bargained for. As she closely examines everyone who attended the party, she begins to realize things around her weren't quite as innocent as they seemed and many unexpected secrets are being kept, by the people she should be able to trust the most. Now she doesn't know who she can trust...

After Nightfall is a drama-filled page turner that is sure to keep you guessing until the very end, with it's intriguing and disbelieving story-line, and untrustworthy cast you'll have a heck of time finding the guilty party! This was quite the first read, from the moment I cracked the cover I was pulled into these characters lives and left completely enamored with them and their drama... WOW what a first impression!! I have a feeling I will be checking out more of this authors work in the very near future, her newest offering was quite addictive and entertaining, so much so that I devoured it in one sitting. Highly recommend you meet these wonderful characters, they are sure to keep you captivated from start to finish!

I requested an advanced copy of this title from the publisher, via NetGalley, and voluntarily read and reviewed.