The Other Woman Hits Shelves Today! 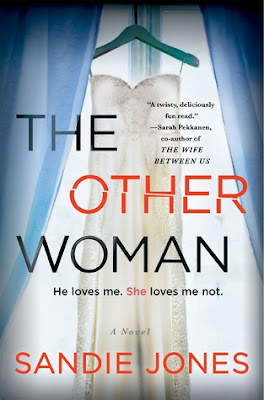 Add it To Goodreads

A deliciously disturbing, compulsively readable debut domestic suspense--prepare to meet The Other Woman: there’s nothing she won’t do to keep you away from her son ...

But lurking in the shadows is a rival; a woman who shares a deep bond with the man she loves.

Emily chose Adam, but she didn’t choose his mother Pammie. There’s nothing a mother wouldn’t do for her son, and now Emily is about to find out just how far Pammie will go to get what she wants: Emily gone forever.

The Other Woman is an addictive, fast-paced psychological thriller about the destructive relationship between Emily, her boyfriend Adam, and his manipulative mother Pammie. 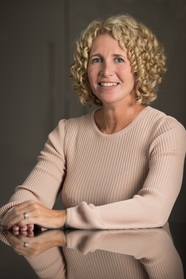 SANDIE JONES has worked as a freelance journalist for over twenty years, and has written for publications including the Sunday Times, Woman’s Weekly and theDaily Mail. She lives in London with her husband and three children. The Other Woman is her debut novel. 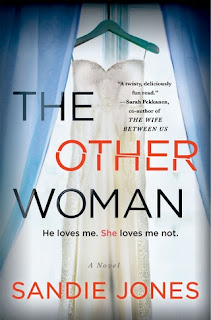 While doing a little unwinding at a local pub, Emily bumps into a handsome stranger named Adam, and after a few witty exchanges she finds herself a little smitten, so they exchange numbers and then go their separate ways. She has her doubts that he will call, mainly because he seemed to be way out of her league, but within a day or two he surprises her and calls to set up a date. Shortly there after the pair find themselves quickly falling in love and spending every spare minute they have together, doing all the fun things new couples do. One of those things being, meeting their mate's families and friends, and while most of those introductions go well, there is one visit that doesn't... meeting Adam's mother. Emily immediately detects her condescending tone, also the way she examines her every move with a scowl on her face and she gets the feeling that his mother does not approve of his choice. Adam of course is oblivious to all of it, and tells her it will all be fine... but Emily is certain it won't be!

As soon as I cracked the cover on this one I knew I had a long night ahead of me, barely a chapter into it and the words took a hold of me, and didn't want to let go... it was downright riveting!! This was an impressive first read, the story line was absorbing, the characters were exquisitely crafted and easy to connect to, and the ending rocked me to my core!! I highly recommend you get your hands on this one on release day, it's a thriller tale that packs a serious punch!!