Cover Reveal For: Just an Illusion by D. Kelly! 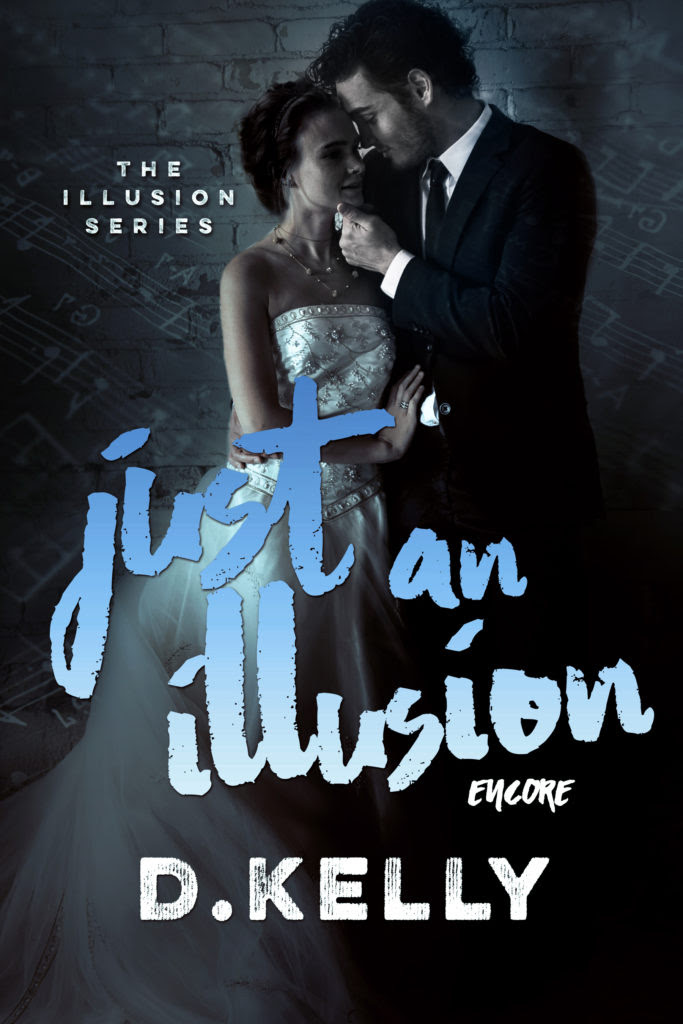 Sawyer Weston has done the unthinkable—he’s fallen for his brother's girl. He’d never purposefully hurt Noah, but that’s exactly what’s going to happen if he can’t get her out of his system.

A stolen kiss between them finally brings Sawyer to his senses. No matter how much he wants her, Amelia has made her choice.

When tragedy strikes, Sawyer finds himself taking on more responsibility than he ever imagined. Can Sawyer remain the rock his family needs in their time of crisis? Or will he succumb to his deepest desires and fall in love with Amelia all over again?

Just an Illusion – Encore is the conclusion to Sawyer Weston’s story. Every thought, every feeling, are yours for the taking. Are you ready?

Add JUST AN ILLUSION - ENCORE to your Goodreads TBR!

Don't miss the other books in the Illusion series!

Kelly, author of The Acceptance Series, The Illusion Series, and standalone companion novels Chasing Cassidy and Sharing Rylee, was born and raised in Southern California. She’s a wife, mom, dog lover, taxi, problem fixer, and extreme multi-tasker. She married her high school sweetheart and is her kids’ biggest fan. Kelly has been writing since she was young and took joy in spinning stories to her childhood friends. Margaritas and sarcasm make her smile, she loves the beach but hates the sand, and she believes Starbucks makes any day better. A contemporary romance writer, D. Kelly’s stories revolve around friendship and the bond it creates, strengthening the love of the people who share it.