Taking a Shot by Taryn Leigh Taylor is Now Live! 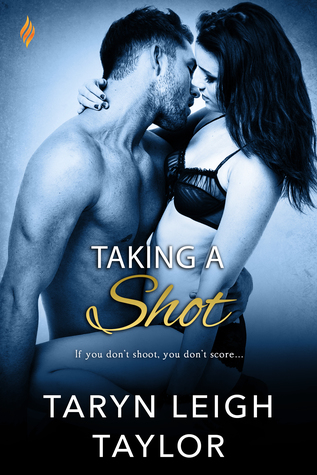 Hockey star Brett Sillinger's never been afraid of a little trouble. But when his personal life ends up in the tabloids, he knows his career is on thin ice. Luckily, a new team decides to take a chance on him. All he has to do is keep head in the game. But when temptation walks up wearing black knee-high boots, looking for one night of nameless, no-strings passion, well, what's a guy to do?

Chelsea London is looking to misbehave. What's being good ever gotten her, besides getting dumped and passed over for a big promotion at work? But her one delicious night of rebellion has unexpected consequences--her hot one-night stand is the latest addition to her father's hockey team. And suddenly, one night of bad-girldom isn't nearly enough.

But one false move, and Brett might spend this season in the penalty box...

Taryn Leigh Taylor likes dinosaurs, bridges, and space, both personal and of the final frontier variety.

She shamelessly indulges in cliches, most notably her Starbucks addiction (grande-six-pump-whole-milk-no-water chai tea latte, aka: the usual), her shoe hoard (I can stop anytime I...ooh! These are pretty!), and her penchant for falling in lust with fictional men with great abs (Roarke, Harvey Specter, Kid Chaos, Dean Winchester, and so on, ad infinitum.)

She also really loves books, which is what sent her down the crazy path of writing one in the first place. 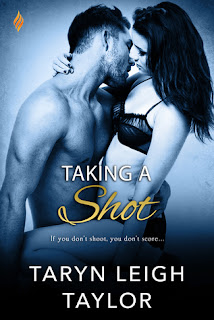 Hockey denfenseman Brett Sillinger likes to push the limits on the ice, and off, but his latest little mishap has cost him a spot on the team, and lots of money in divorce court. After having his name splashed across the tabloids there aren't many teams that will take a chance on him because of the negative publicity and his wild antics as of late, but then he gets the call that he is being sent to Montana. He decides it's time to take this opportunity he's been given and make the most of it, first thing he needs to do is slow down on his partying and and focus on hockey... no distractions! But his little plan takes an unexpected turn when a gorgeous woman with undeniable charm pulls up a seat beside him at the bar... so much for no distractions!

Chelsea London is the quintessential good girl, always doing what is expected of her, never straying from the plan put in front of her, and never doing anything wild or questionable. And for a while this life has worked for her, but then she goes through a eye opening break-up and it leaves her feeling a little restless, and in the mood to walk on the wild side, just for a night or two of course! When she sets out on her little mission of fun she never expects it to completely change the course of her life... but it does, the moment her eyes land on Brett she is a goner!

Taking a Shot is sultry little literary romp that delivers on many fronts; it's brimming with emotion to speak to your heart, steamy times to weaken the knees, and has a beautifully crafted story line to take you on a thoroughly satisfying literary escape!! This was a very impressive first time read for me, it scored some serious points, being that it centered around hockey for one, but the characters were downright AMAZING, and of course the writing was completely absorbing, I devoured this one in a matter of hours. I was beyond excited to discover that this was the start of a new series, I cannot wait for the next installment, and have the opportunity to meet more of the men from the Montana WolfPack series, especially if this is any indication as to what will be waiting for me! Highly recommend this one!!!