Showing posts from June, 2019
Show all

Cover Reveal for Beg For You by Sherilee Gray!


Ten years. Ten endless years I've waited to destroy the man who tore my family apart. But I never thought I'd get the chance... until his daughter walked into my tattoo parlour, looked me in the eye — and had no damned clue who I was.
I never planned on falling for Cassandra Deighton. She's silk scarves and manicures. I'm scars and rage. Yet I can't resist when she begs for more, my ice queen who burns with enough heat to sear the soul.
I need to end this. Before she finds out who I am. Before she gets hurt.
But I'm not the only one with secrets. We both have our scars, and if the truth comes out, we could lose everything…


Sherilee Gray
Sherilee Gray is a kiwi girl and lives in beautiful New Zealand with her husband and their two children. When she isn't writing sexy, edgy contemporary and paranormal romance, searching for he…
Post a Comment
Reactions:
Learn more here...

The Release Blitz of Offsides by Jami Davenport!

He's the beast, and she's the beauty of his past. Offsides by Jami Davenport is AVAILABLE NOW!


He's the beast, and she's the beauty of his past.
After twelve years in the league, all Zach Murphy wants is a championship ring. His focus has been on hard hits–not smooth manners; about breaking quarterbacks–not making small talk at cocktail parties. After dumping a tray of drinks on the team owner’s daughter and accidentally feeling up the governor’s wife, his tenure with his team looks perilously short.
Kelsie Carrington-Richmond knows what it's like to fall from grace. A onetime beauty pageant star and former high-school mean girl, she's now destitute and one step from living out of her car. With few real job skills, she focuses on starting her new business, Charm School for Real Men. She's thrilled to land her first clients, the Seattle Steelheads, who have hired her to polish their roughest player.
Except…it’s Zach. The same guy whose broken heart she left in…
Post a Comment
Reactions:
Learn more here...

A New Must Read from Diane J. Reed! 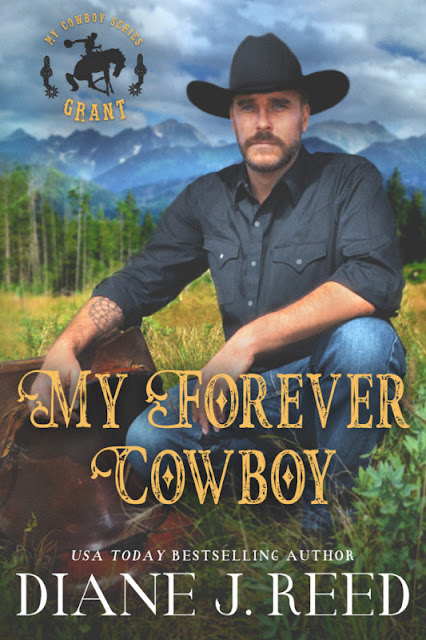 
Just when you least expect it, love finds you forever…Avery Smart doesn’t believe in “forever cowboys.” Especially after her father died young in a tragic rodeo accident, and she watched all her girlfriends get their hearts broken by love ’em and leave ’em types in Stetsons and spurs. But when she returns to her hometown of Bandits Hollow, Colorado to take pictures of cowboys for her lucrative photography business, a new light is shed on the darkroom of her heart by Grant Hollow. He’s one professional bull rider who not only intends to stick around for the right woman–he’s determined to lasso her heart for good.
My Forever Cowboy is a prequel novella in the My Cowboy Series of contemporary western romances set in the Rocky Mountains.