Showing posts from January, 2018
Show all

The Review Blitz Tour For THE UPSIDE OF BEING SINGLE by Emma Hart!

If anyone asks, I knew better than to flash my boobs for Mardi Gras beads.
I still don’t know why I did it. Maybe it was the dare from my two best friends. Maybe it was the guys on the balcony saying they’d throw Fireball shots with the beads. Or maybe it was the quiet guy in the corner of that same balcony with piercing gray eyes, wavy dark hair, and a smile so tempting I wanted to climb up there and lick it off his face. Maybe it was because I never thought I’d see them again. Not that it matters. Not today. Because the hotel I manage was finally bought—and the guy who walks in and introduces himself as my new boss is Mr. Tall, Dark, and Silent. There are many upsides to being single. Your new boss knowing what your boobs look like? Not one of them.
Amazon US | Amazon UK | Amazon AU | Amazon CA | Nook | iBooks | Kobo


Chloe grimaced, turning around to face me. “Does he show up randomly at your house?” I jumped out …
Post a Comment
Reactions:
Learn more here...

Cover Reveal For The Painter's Passion!


WARNING: Don’t fall for the devil in the dark suit. He’ll light you up just to watch you burn. Pierce Lane is dark, dangerous, and desirable – all with a capital D. He’s an asshole – the devil in the dark suit – and that’s exactly how he prefers it. Perceptive and smart, Pierce has always prided himself on being one step ahead of the game. Except for that one time, six years ago. One night. One mistake. One priceless painting lost. It should be simple – find the thief, recover the painting, get revenge. But, it’s not. Why? Because nothing with a woman is ever simple. And it isn’t just any gorgeous, infuriating, strong, stubborn woman who’s butting in and refusing to let him fix his mistake. No, this one also happens to be his best friend’s twin sister. The painting was his one mistake. And if he isn’t careful, his desire is about to have him make an ev…
Post a Comment
Reactions:
Learn more here...

Hold On Tight by J. Kenner is AVAILABLE NOW!


A hard body. A dangerous past.
Meet Mr. February.
Reality-TV star and reformed bad boy Spencer Dean doesn’t trust women. Not after his fiancée, Brooke, left him at the altar five years ago, breaking his heart and hardening his soul.
Now, Brooke is close to a deal for her own show that will launch with the remodel of a popular Austin bar. The problem? The network insists that Spencer step in as her partner.
He’s tried to forget her—but he can’t deny that he still wants her. More than that, he wants to punish her. And so he agrees, but only on terms that are provocative, demanding, and wildly sensual.
It’s the perfect set-up for extracting revenge. But he doesn’t expect to fall for Brooke all over again…
Revenge never looked so hot.
**Hold On Tight is part of a binge read seri…
Post a Comment
Reactions:
Learn more here...

HEAT, an all-new dragon romance from Donna Grant is LIVE!

He knew her round eyes and the deep shade of brown along with the band of black that encircled her irises. He knew the slope of her breasts, the indent of her waist, and the flare of her hips. He knew the way she preferred to wear muted colors to help her blend in with a crowd. It had taken one look to put all that to memory, but he found his eyes going to her again and again, as if he couldn’t get enough.
Nikolai is a dragon shapeshifter who knows well the meaning of loss. Orphaned and raised to be a Dragon King, he never accepts defeat. Now, Nikolai prefers his solitude. . .until a beautiful, irresistible woman calls upon him for help—and Nikolai’s whole world goes up in flames.
Ever since MI5 agent Esther woke to discover her mind taken over with magic, she feels like a stranger to herself. She looks to a notorious dragon, one who has the power to help her find her memory. But as she and Nikolai come closer to discovering what …
Post a Comment
Reactions:
Learn more here... 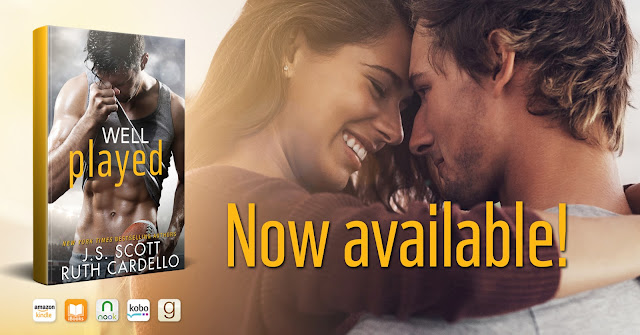 Lauren:
Graham is my brother's best friend. He’s always been my protector and my confidant because he accepts me the way I am—and not many do. I can’t imagine not having him in my life.
Our weekend together was supposed to be a celebration. I graduated from college, Graham got engaged and signed with a pro football team, and my brother landed his dream job. It should have been the best time of our lives.
Except that the weekend started with me walking in on Graham's fiancée going down on my brother.
I complicated the situation by having sex with Graham after that, but I wanted to comfort him and, damn, when I saw desire in his eyes—for me—I couldn’t say no. I’ve wanted him for so long.
Now he doesn’t want to see me. He says he has a darker side he needs to protect me from.
Where do we go from here? Do I try to pretend to be his friend again or push him to open up to me and possibly lose him forever?
Graham
Sleeping with one of my best friends was not exactly a brilliant idea. It made…
2 comments
Reactions:
Learn more here...
More posts