Showing posts from November, 2018
Show all

Release Blitz for: EGGNOG MAKES HER EASY by Erin Nicholas!


Lindsey is expecting silent nights this holiday. Just her and her boys while her husband serves overseas. But her blue Christmas turns merry when things start rockin’ under the mistletoe thanks to a surprise gift from her naughty Santa.
Which is fine. The nice list is overrated anyway.


Bad boy quarterback Tyler Harris plays ball for a living and breaks hearts for a hobby.
With two championships in as many years, Tyler is the best quarterback in the league. Gorgeous and rich, he's at the top of his game. Women love him. Men want to be him. Only Tyler's not feeling the love. In fact, he's not feeling anything at all. Licking his wounds after a scandal and a breakup with his long-time girlfriend, he retreats to a run-down mansion on a remote island in the Pacific Northwest. Once there, Tyler is blindsided by the sassy redhead next door. He knows that he's met his match and possibly his soulmate. There's one problem. She despises him.
Lavender Mead has a good reason to dislike jocks, namely an absentee father who deserted the family to coach college football. Maybe that explains her penchant for bad boys -- especially those who play ball. Her new neighbor seems just…
Post a Comment
Reactions:
Learn more here...

HUNKY HEARTBREAKER  By Kendall Ryan  Release Day – November 27, 2018 STANDALONE
From New York Times and USA Today bestselling author Kendall Ryan comes a new story in her Whiskey Kisses series…
Everything’s bigger in Texas.
And that includes Duke Wilder’s sexual appetite.
Together with his twin brother, he runs a whiskey distillery, and when their business takes off—suddenly he’s got it all. Success. Money. Family. But he doesn’t have a woman to share it with.
When Valentina storms into his life, her presence is only supposed to be temporary. She’s a feisty attorney hired to help clean up his company’s recent legal mess. He never counted on her being the one to turn his whole world upside down.
After spending most of his life living in the shadow of his brother, Duke has something to prove, and he’s not about to let this distraction get in the way of his plans, no matter how hot things get.
**Every 1001 Dark Nights novella is a standalone story. For new readers, it’s an introduction to an auth…
Post a Comment
Reactions:
Learn more here... 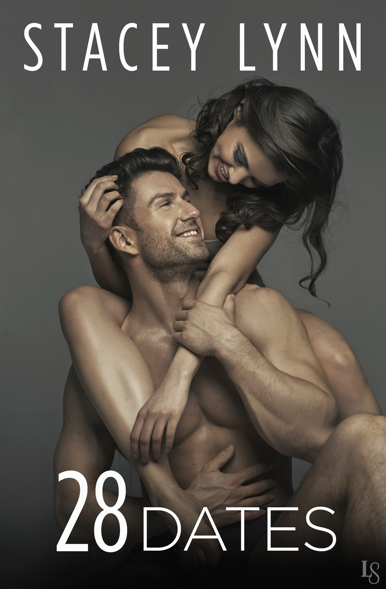 In the age of apps and social media, how many dates does it take to find “the one”? The author of Knocked Up and Fake Wife swipes right on love with a captivating friends-to-lovers tale.

Caitlin Pappas is a lifelong commitment-phobe. The closest thing she’s had to a relationship in the last few years was a friends-with-benefits thing that fizzled out because the guy wanted more. So when she and her best friend design a new app that promises to find “the one” in 28 Dates, Caitlin is the perfect guinea pig. Little does she know that she may have already met her match . . .
Jonas Reeves has tried his best to move on after Caitlin didn’t want take things to the next level. Now they really are just friends . . . without benefits. Caitlin’s even a regular at his bar, The Dirty Martini. But when he learns that Caitlin plans to beta-test a new dating app on …
Post a Comment
Reactions:
Learn more here...

“Another captivating and sexy read by Stacey Kennedy! Just wonderful!”—USA Today bestselling author Sidney Halston
A woman scorned and a politician with a wild side connect online—and explore their hottest fantasies in the flesh.
Olivia Watts knows that her problems are painfully average. She got engaged, and her fiancé cheated. She gave up on her dream job—street photographer—and settled on a more practical one: graphic designer. She scrimped and saved to buy a home, only to realize how empty it was. So when Olivia hears about an exclusive dating app that matches subs with highly trained doms, she does something she never thought she’d do in a million years: She signs up. The last thing she expects to find is a man whose sizzling touch reawakens the woman she used to be. . . .
Noah Grant has no time for relations…
Post a Comment
Reactions:
Learn more here...
More posts