Showing posts from July, 2019
Show all

LILIES ON MAIN by J. Lynn Bailey is available now!

Today we are celebrating the release of LILIES ON MAIN from J. Lynn Bailey!
This is the fourth title in the Granite Harbor series. Check out the purchase links for it below, and links for the previous titles in the series. Lilies on Main by: J. Lynn Bailey Granite Harbor, #4  Available Now!
For bookstore owner Lydia Townsend, another geographical move doesn’t faze her. She doesn’t even bat an eyelash at one more curveball thrown into her life plan. Five years running from a man who broke her heart, and her spirit, has taught her to keep her walls up.
Scared to trust again, Lydia swears to keep all men off limits. Even Aaron Casey, who seems too perfect to be true. With a daughter to protect and a life to build, she simply can’t afford to let her guard down.
But when William Davis, a seventy-something recovering alcoholic, steps into Lydia’s bookstore for the first time, holding the secret to saving both of their lives, she might have to learn that trusting a man with her life is just as…
Post a Comment
Reactions:
Learn more here...

Nothing But This is Now Live!

A married couple yearns to rediscover lost love in this novel about forgiveness, reconciliation, and emotional growth.
It’s always been complicated between Libby Lawson and Greyson Chapman—and married life isn’t any simpler. But when Libby gets pregnant, she at last sees a bright future ahead. There’s just one problem: Greyson says he’s sterile.
Furious, Greyson abandons the young family. Equally furious and deeply hurt, Libby cuts all ties with him. After all these years, it seems their relationship has finally expired. But love is resilient and endures even when you don’t want it to. Greyson still longs for Libby, and though Libby’s heartbroken by Greyson’s lack of trust, she holds out hope for a complete, happy family.
And so they embark on the journey back to each other, wary of all the obstacles between them. It’s …
Post a Comment
Reactions:
Learn more here...

The Arrangement is now live! 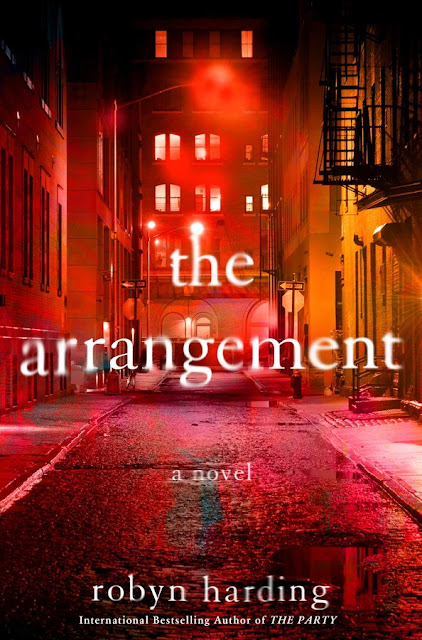 A Pretty Woman tale turns toxic and deadly in this provocative thriller of sex, obsession, and murder from Robyn Harding, the “master of domestic suspense” (Kathleen Barber) and the USA TODAY bestselling author of The Party and Her Pretty Face.
Natalie, a young art student in New York City, is struggling to pay her bills when a friend makes a suggestion: Why not go online and find a sugar daddy—a wealthy, older man who will pay her for dates, and even give her a monthly allowance? Lots of girls do it, Nat learns. All that’s required is to look pretty and hang on his every word. Sexual favours are optional.
Though more than thirty years her senior, Gabe, a handsome corporate finance attorney, seems like the perfect candidate, and within a month, they are madly in love. At least, Nat is…Gabe already has a family, whom he has no intention of leaving.
So wh…
Post a Comment
Reactions:
Learn more here...

The Release Day Blitz for All it Takes: A Romancing Manhattan Novel by Kristen Proby! 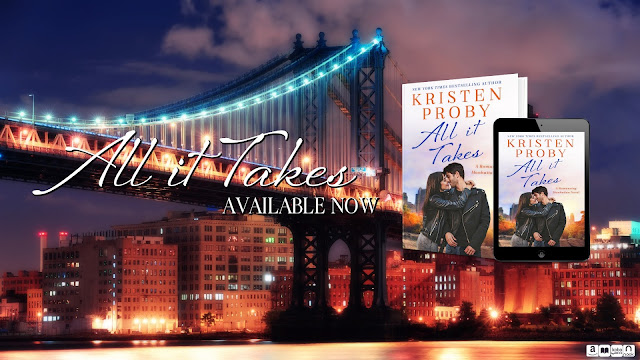 All it Takes by Kristen Proby
A Romancing Manhattan Novel
Release Date: July 30, 2019

New York Times and USA Today bestselling author Kristen Proby’s second novel in her Romancing Manhattan series delivers the sizzling story of a playboy who’s vowed never to commit until he meets the one woman he’s tempted to break his promise for.
Quinn Cavanaugh doesn’t do anything halfway. He drives fast, works hard, and plays even harder. And the word “commitment” doesn’t exist in his dictionary. He has no plans of settling down with one woman for he needs to be free to move on to the next big thing—whatever or whoever that may be. Each party knows the score going into it, and it’s all been working out fine. That is, until a sexy new colleague enters the scene.
Sienna Hendricks doesn’t give much thought to Quinn and the revolving door leading to his bedroom. She’s way too picky about who she shares her time or her body with and screwing around with a colleague isn’t part of her plan either. Quinn do…
Post a Comment
Reactions:
Learn more here...
More posts