Check Out This New Heartwarming Read From Donna Alward! 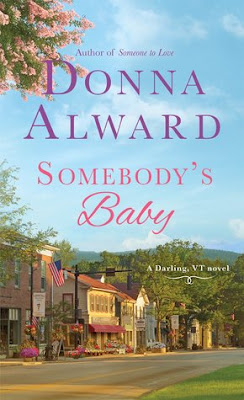 Veterinarian Rory Gallagher chose a different path from his brothers, both of whom became first responders in the lovely little town of Darling, Vermont. Rory s always had an affinity for animals and the ladies. Known for his impressive track record in breaking hearts, Rory never meant to hurt anyone; he s just never been in a hurry to settle down. It s not as if he needs to pay a visit to the town s famed Kissing Bridge to magically find love. He ll know The One when he sees her. . .right?

Oaklee Ferguson is the kid sister of Rory s best friend and, even now that she s all grown up, remains immune to the pet-doctor s charms. When she shows up at Rory s clinic late one night devastated after hitting a stray dog with her car Rory s so-called bedroom eyes are the last thing on her mind. Still, his care and kindness toward the dog, and his concern for her feelings, catches Oaklee by surprise. . .and soon the two (and rescued dog makes three!) begin to share a deep connection that neither could have ever imagined. Could it be that love has been waiting for them by the bridge all along? 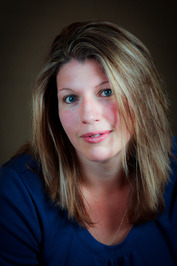 While bestselling author Donna Alward was busy studying Austen, Eliot and Shakespeare, she was also losing herself in the breathtaking stories created by romance novelists like LaVyrle Spencer, Judith McNaught, and Nora Roberts. Several years after completing her degree she decided to write a romance of her own and it was true love! Five years and ten manuscripts later she sold her first book and launched a new career. While her heartwarming stories of love, hope, and homecoming have been translated into several languages, hit bestseller lists and won awards, her very favorite thing is when she hears from happy readers.

Donna lives on Canada’s east coast with her family which includes a husband, a couple of kids, a senior dog and two crazy cats. When she’s not writing she enjoys reading (of course!), knitting, gardening, cooking…and is a Masterpiece Theater addict. You can visit her on the web at www.DonnaAlward.com and join her mailing list at www.DonnaAlward.com/newsletter

Here Is My Review Of Somebody's Baby:

In the small town of Darling Rory Gallagher is known as the heart-breaker, it's not that he means to do it, it's just that he dates a woman, they get attached, he feels pressured and his need to be a free man takes over and he is gone. He isn't anywhere ready to be a settled man, he likes his the way it is, and having the privilege of doing what he wants, and not having to worry about answering to anyone. He has always thought when the right woman for him comes along he'll know and then he'll be ready to give up his bachelor ways... he doesn't need the town's famed kissing bridge to dictate his future... or does he?

Oaklee Ferguson has never understood what all the fuss is about when it comes to the towns famed handsome veterinarian Rory Gallagher, yes he is good looking, but he's nothing to get all twisted up about, or is he? She has heard all the rumors, seen the remnants of the trail of broken hearts he leaves behind, but his tempting bedroom eyes and charming smile have no effect on her whatsoever... That is until she finds herself on his office steps late one night with an injured dog. Watching him care for the injured animal starts to do weird things to her heart, and then when he settles his caring eyes on her she knows she is in trouble... something about this man is making her feel things for him she never thought were possible!

I always enjoy my visits to Darling, the towns people there always have a special way of pulling me into their world and having me never wanting to say goodbye, each one always finding a way to secure a treasured spot in my heart. But I have to say this may just be my favorite visit yet, meeting Rory and Oaklee, and reading their touching story really struck a cord with me. I am not sure what it was about these two that resonated with me so much, but from the moment they both walked onto the page I was completely captivated by them, their story really stirred the emotions up and had me feeling the intent behind every word. Their story was a perfect blend of romance, heartfelt emotion, and humor, and I truly loved every minute of it!!

I think it is safe to say that Ms. Alward has another bestseller on her hands with this one, it is certain to win the hearts of all romance readers!!

ARC Made Available By: