Check Out This Re-release from Lori Foster!! 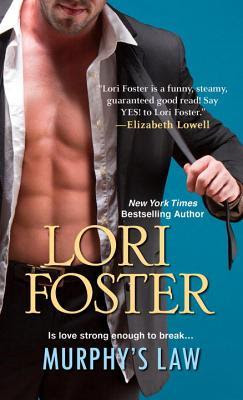 
ANYTHING THAT CAN GO WRONG. . .
Nothing is going to go wrong. Ashley Miles has worked too hard for her independence to let some Bentley-driving hunk named Quinton Murphy interfere with her plans--or her freedom. Yes, the chemistry is phenomenal. Kind of scary, actually. But that's it. NO emotional commitments.

But he's SO wonderful--a woman could fall in love . . . How did that happen? That wasn't part of the plan! But can she trust him? Really trust him? The man is just so mysterious. There's only one solution: put it all on the line and see what Quinton does when she tells him how she feels. And hope everything that can go wrong. . .won't. . . 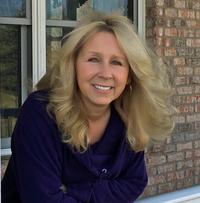 Since first publishing in January 1996, Lori Foster has become a USA Today, Publisher’s Weekly and New York Times bestselling author. Lori has published through a variety of houses, including Kensington, St. Martin’s, Harlequin, Silhouette, Samhain, and Berkley/Jove. She is currently published with HQN.

Lori hosts a very special annual “Reader & Author” event in West Chester, Ohio. Proceeds from the event have benefited many worthy causes, including the Hamilton County YWCA Battered Women’s Shelter, the Animal Adoption Foundation, The Conductive Learning Center for children with spina bifida and cerebral palsy, and The One Way Farm, Children’s Home.

Each year Lori donates all proceeds from one book to charity. You can see the benefit romance books here: http://lorifoster.com/benefit-books/

•In 2002, Lori’s book Too Much Temptation was the top-selling romance title for Amazon books.

•In 2003, Say No To Joe was the second “Bestselling Original Contemporary” romance title for Waldenbooks.

•In 2004, Lori Foster was a clue in the New York Times crossword puzzle.

•In 2004, The Secret Life of Bryan was the “Bestselling Original Contemporary” romance title for the BGI group.

•In 2006, Jude’s Law was the “Bestselling Romantic Comedy” romance title for the BGI group.

•In 2007, Lori launched a new “urban fantasy” series under the name L.L. Foster. See more on her “dark side” at www.llfoster.com.

•In 2007, Causing Havoc was among Amazon’s Top Ten Editor’s picks in Romance.

Here Is My Review Of Murphy's Law:

Ashley longs for stability, she wants the house, money in the bank, a good job, the whole works, and most of the time women want the man to go along with it, but not Ashley, she is determined to do it on her own. She is working two jobs, going to college, and has little time for much of anything else, and to be honest she kind of likes it that way, because it makes less room for distractions to seep into her world, and hinder her plan. But she didn't account for a man like Quinton to wander into her life, and now that he has, she is doing all she can to get rid of him, but the handsome hunk isn't letting her get away so easily... he wants a date, and is determined to get her to say yes!

The moment Quinton meets Ashley he is taken with her, there is something about her that draws him in and has him acting out of character...and it is driving him crazy, no woman has ever been able to knock him off of his game, nor made him lose his focus the way she has. He wants to be near her, date her, lure her into his bed, but she doesn't seem to be falling for any of it. He is use to the women falling all over themselves to land a date with him, but Ashley doesn't seem to be dazzled by his charms... which leaves him with no choice but to follow her everywhere she goes, and pester her into saying yes. But he soon learns that he isn't the only one following her...

Absolutely loved this book! Highly addictive story line, that had me burning right through the pages, I completely devoured it in one sitting! It had it all, a story line rich with heart, humor, mystery, and some sensational sexy times guaranteed to make you blush!! Highly recommend this one, Ms. Foster's quirky characters are sure to steal your heart!!