In Skates Trouble Is Re-Releasing Today!!

USA Today bestselling author Kate Meader, author of the Hot in Chicago firefighter novels is moving from fire to ice with the Chicago Rebels hockey series, and you can get a taste of that action for 99¢. 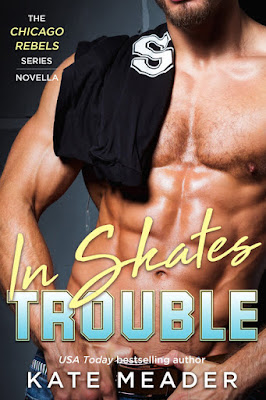 Originally published in Hot on Ice: A Hockey Romance Anthology, IN SKATES TROUBLE is a Chicago Rebels prequel novella with an older, full-figured woman, a younger, driven hero, and a happily-ever-after you'll swoon over. If you missed it the first time around, here’s your chance to grab it for less than a buck!

What’s it all about?

Addison Williams isn't looking for romance, but when she encounters an eavesdropping stranger on an adjoining hotel balcony, she figures she's due a little fun. She just hadn't reckoned on the "fun" escalating so quickly to "out of control." One minute she's flirting with a whiskey-graveled voice in the dark, the next that same voice is telling her to do things. Hot, wicked things.

Cup-winning hockey player Ford "Killer" Callaghan can't believe he let the anonymous woman who blew his mind slip away into the night. He'll track her down because once could never be enough—even if discovering her identity places her strictly out of bounds.

Stolen kisses. Secret hook-ups. Deliciously forbidden in every way. Can a passion that started in the dark find a lifetime of love in the light?

Where can I buy it?

Where can I find Kate? 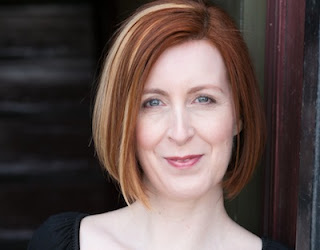 Is there a giveaway?