Fiance For The Night

She needs a fiancé—for only one night.

Cassandra Daniels’ parents refuse to accept that she doesn’t need a boyfriend to be happy. To stop their meddling and matchmaking, Cassandra creates a fictional fiancé, a man who sounds so unlike their carefree and unconventional daughter that her mom and dad want to meet him for dinner, immediately.

No problem. San Francisco is a big city. Finding a fiancé won’t be that hard.

All Troy McKnight wants is a beer after a long day at work. But when a pretty blonde asks him to dinner and wants him to pretend to be her fiancé, Troy agrees to help. Playing make-believe could be fun, especially since he gets a free meal, and he’ll have a great story to tell.

When one lie leads to another, however, the fake engagement spirals into real wedding plans. Cassandra and Troy must stop the madness and put an end to their charade. But what if her fiancé for the night is the perfect husband for life?

** This second edition has been rewritten and updated. 8000 words have also been added. ** 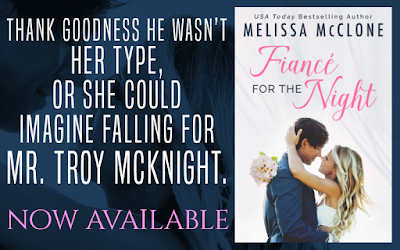 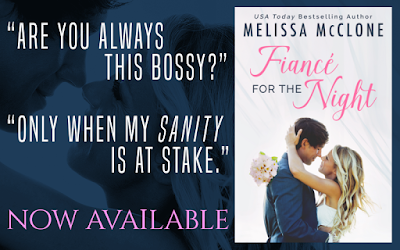 USA Today bestselling author, Melissa McClone has published over forty novels with Harlequin and Tule Publishing Group and been nominated for Romance Writers of America’s RITA® award. With a degree in mechanical engineering from Stanford University, Melissa worked for a major airline where she traveled the globe and met her husband. But analyzing jet engine performance couldn’t compete with her love of writing happily ever afters. Her first full-time writing endeavor was her first sale when she was pregnant with her first child! When she isn’t writing, you can usually find her driving her minivan to/from her children’s swim practices and other activities. Melissa lives in the Pacific Northwest with her husband, three children, two spoiled Norwegian Elkhounds, and cats who think they rule the house. They do! 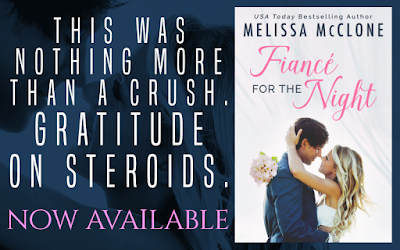