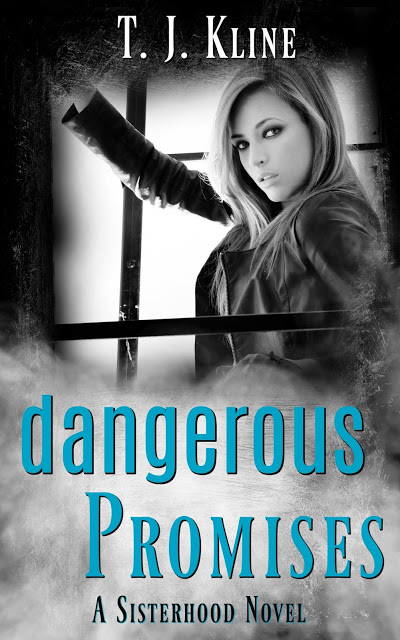 After her father's death, FBI Special Agent Toni Blades promised her fiancé she'd step down as an undercover agent. But that was before the biggest case of her career landed on her desk - a large scale, sex trafficking ring and she's tasked with finding its leader.

It's only one last undercover job, what could go wrong?

Las Vegas Detective Leo Castellano made the same promise to Toni and planned to keep his word, as soon as he closed his last missing persons case. But when his case overlaps with hers, it takes a turn neither was prepared for. The future Toni and Leo imagined is suddenly jeopardized and now, neither can walk away.

Will they find the ringleader before it's too late, or will Toni's broken promise turn deadly?

Be sure to add it to your Goodreads TBR: http://bit.ly/2yLSRxI 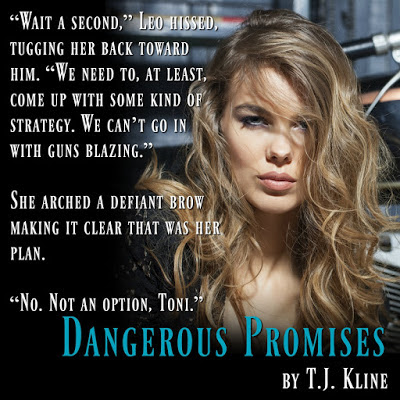 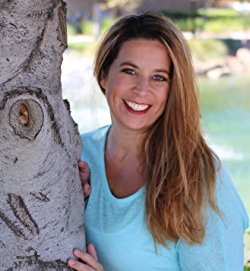 T. J. Kline was raised competing in rodeos and Rodeo Queen competitions since the age of 14 and has thorough knowledge of the sport as well as the culture involved. She writes contemporary western romance, including the Rodeo series, the Healing Harts series and the Hidden Falls series with Avon. Because she's multi-faceted, she indulges in her wilder side by writing romantic suspense that will get your heart beating fast in more ways than one. In her very limited spare time, T.J. can be found laughing hysterically with her husband, children, and their menagerie of pets in Northern California.

Rodeo Queen, Cowboy and the Angel, Learning the Ropes and Runaway CowboyHeart's Desire, Taking Heart . Close to Heart, Wild at Heart and Change of Heart

Making the Play, Daring to Fall and Risking it All Once a Heartbreaker  The Radcliffes

FBI Special Agent Toni Blades eats, sleeps, and breaths for her work, the satisfaction she gets from it is like no other, and she couldn't for a second fathom giving it up. But in a love filled haze she agrees to do it anyhow, when her fiance asks her to give up her undercover work, for something a little safer she agrees, and now that the day has come to do it, she just can't imagine walking away. Then a case that is sure to make her career lands in her lap, and she reluctantly goes against his wishes, and signs up to go undercover once again... not realizing it could cost her everything!

A little over two years ago Las Vegas Detective Leo Castellano and his fiance made a pact to give up their dangerous work lives for something a little safer, but now that the time has come they both are having trouble walking away from what they love to do. Then the case of a lifetime lands into his hands and he signs up for the duty knowing it will not sit well with his fiance, but really how dangerous could this last case be?

Dangerous Promises is a action packed thriller that will have you biting your nails and teetering on the edge of your seat the whole way through! In this first offering from the Sisterhood series we meet a crime fighting power couple that are facing the biggest cases of their lives, not realizing that these cases will intersect and push them into corner they may not be able to find their way out of. Their thrilling little journey has a little bits heat mixed in here and there, and loads of suspense that is certain to keep you captivated from start to finish, I loved every minute I spent with them!! I have to say this new venture Ms. Kline is making into romantic suspense suits her quite well, her first story is not only impressive, but also has left me aching for more... can't wait to meet her next feisty heroine!! Highly recommend this one!!! 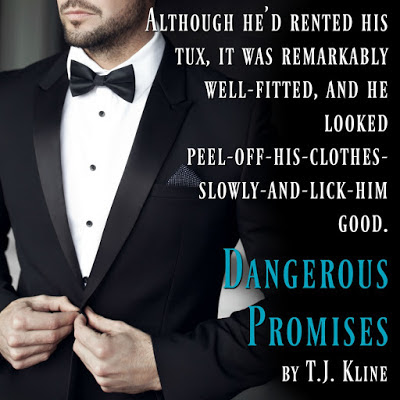