The Release Day Launch and Blog Tour for Inciting a Riot by Karen Renee!

It’s the blog tour for Karen Renee’s INCITING A RIOT. Check it out and be sure to grab your copy today!

Cary “Vamp” Sullivan earned his Riot MC patch and shoved Lorraine Francis Ingram out of his life six years ago by cheating on her. He’s regretted it ever since because he knew she was a top-notch woman. After mentioning his regrets to his brother, Cal, Vamp suddenly finds himself faced with an opportunity to win Lorraine back. When he runs into her unexpectedly and finds out she has been beaten at the hands of a man, Vamp and his Riot MC Brothers are determined to protect her. Vamp is determined to get her back in his life, and he knows it’s going to be an uphill battle. Lorraine insists that if any Riot MC Brother is going to protect her, it cannot be Vamp. She gets no promises from the Riot MC, and she finds herself with Vamp at her doorstep. She’s determined there will be no second chances, but her resolve is weakened because Vamp isn’t playing fair, he’s fighting…fighting to win her over. Once she and Vamp are reunited again, they realize there is a very real threat to them both. Lorraine and Vamp are put to the test to rekindle their long lost love and stay alive. 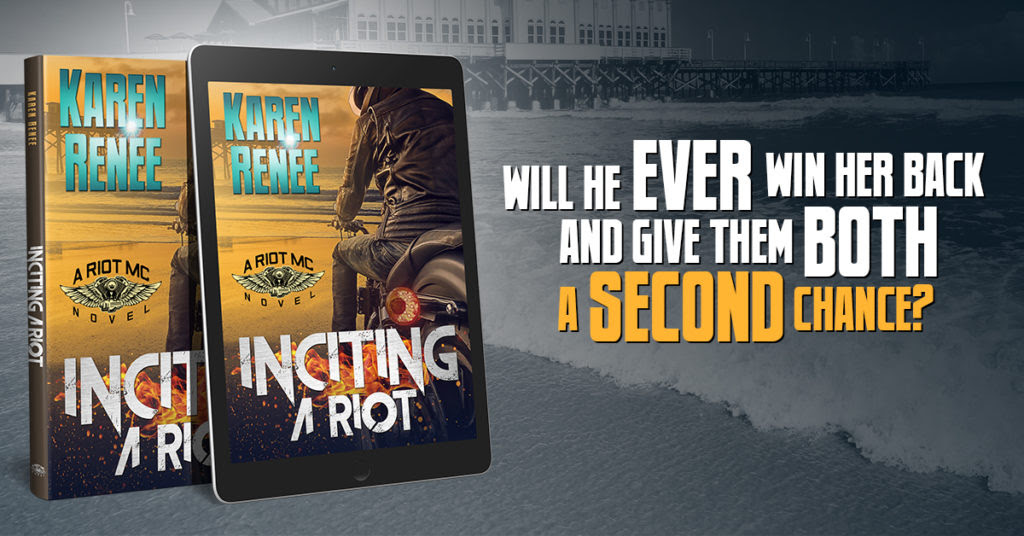 Karen Renee is the author of Unforeseen Riot and Inciting a Riot. She has wanted to be a writer since she was eight years old, but it’s taken the last twenty plus years for her to amass enough courage and overall life experience to bring that dream to life. Some of those life experiences came from the wonderful world of advertising, banking, and local television media research. She is a proud wife and mother, and a Jacksonville native. When she’s not at the soccer field or cooking, you can find her at her local library, the grocery store, in her car jamming out to some tunes, or hibernating while she writers and/or reads books.

Losing Rainey six years ago was definitely not one of Cary "Vamp" Sullivan's shining moments, he was young and dumb and got blinded by something he should have ignored, and it cost him everything. He has tried to move on and find someone new, but no matter what he does the pain of losing her just won't go away; she touched a part of his heart that no one else will ever be able reach. So, when he learns that she is back in town he takes it as a sign that they were meant to find one another again, and sets out for a little reunion... but her take on them seem seeing one another again differs immensely.

To say that Rainey has bad luck when it comes to men is a complete understatement, date after date has only lead her to a string of bad relationships, and a deeply broken heart. Her current relationship seems to have taken the cake though, she has just found out she is not the only woman in his life, and he doesn't plan on letting either of them to go, and made sure he drove that fact home by getting physical to make his point. Now she feels like her comfortable little life is about to implode, with her ex blackmailing her, and holding her job over her head, she isn't sure where to turn... then she runs into some old friends who are determined to keep her safe, and put an end to the danger lurking in her life. But putting her safety in the hands of these friends means she will also have to face a past that she hoped would stay buried!

Inciting a Riot is a thrilling and steamy little page-turner that will suck you in from the very first page, and hold you captive until the last! With it's action packed story line you are sure to be teetering on the edge of your seat and left dying to know how it all will play out for these one time lovers. This is my first visit to the series and I have to say I am really impressed with what I found; the story was engaging, the characters well crafted and easy to connect to, and of course the words came with lots of emotion to get a serious case of the feels going. If you are a fan of MC romance then I highly suggest you get your hands on this one, it's sure to satisfy! 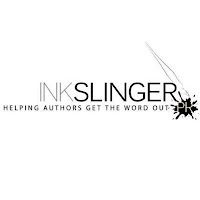