Blog Tour For: FIVE REASONS TO GO by Candace Knoebel!

If you love your contemporary romance emotional and angsty then grab your copy today! 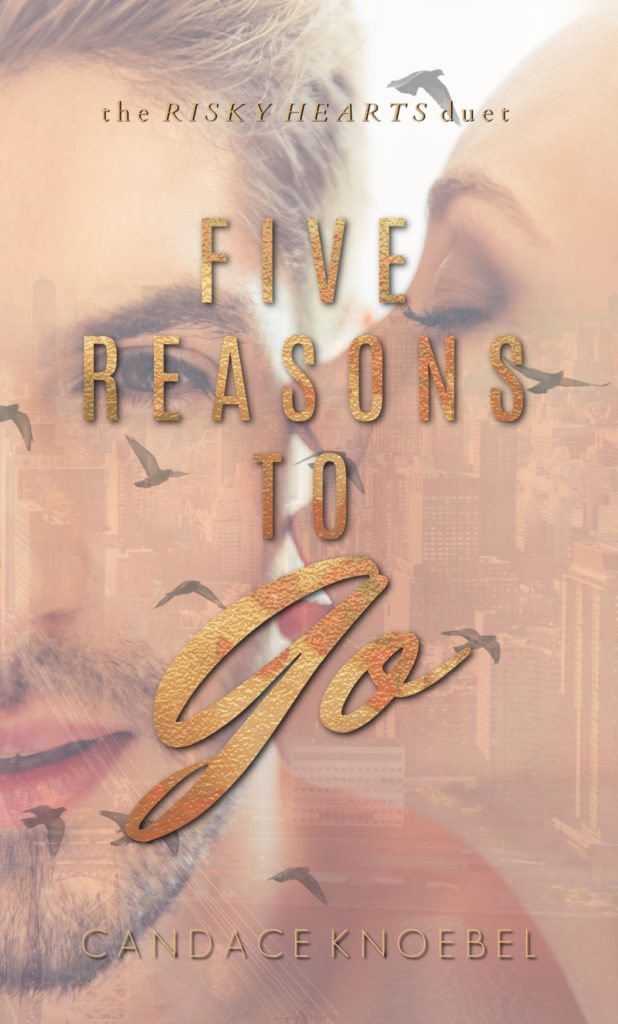 One day a week. That was his rule. And it was also our downfall.

My marriage to Hank was one of convenience. When I got pregnant at sixteen, he took me in and kept a roof over my naïve head. We had an agreement—we could sleep with whomever we wanted so long as our children were kept in the dark. It worked great… until it didn’t.

Cocky Jack Swanson was never supposed to be mine. His marriage was open, but his heart was guarded… until he slowly let me in, revealing an alluring man with a painful past. With him, I felt what love could be. I felt wanted… needed. I’d never wanted to fall in love… but then I did.

And now… the rules have changed.

Jack isn’t the same man I fell for. Broken and gutted from his divorce, he’s a shell of who he once was. Sullen and worn down. I know I can bring the good in him back out, if only he’ll let me in. If only he’ll just stay, instead of giving me all his reasons to go.

Add FIVE REASONS TO GO to your Goodreads TBR! 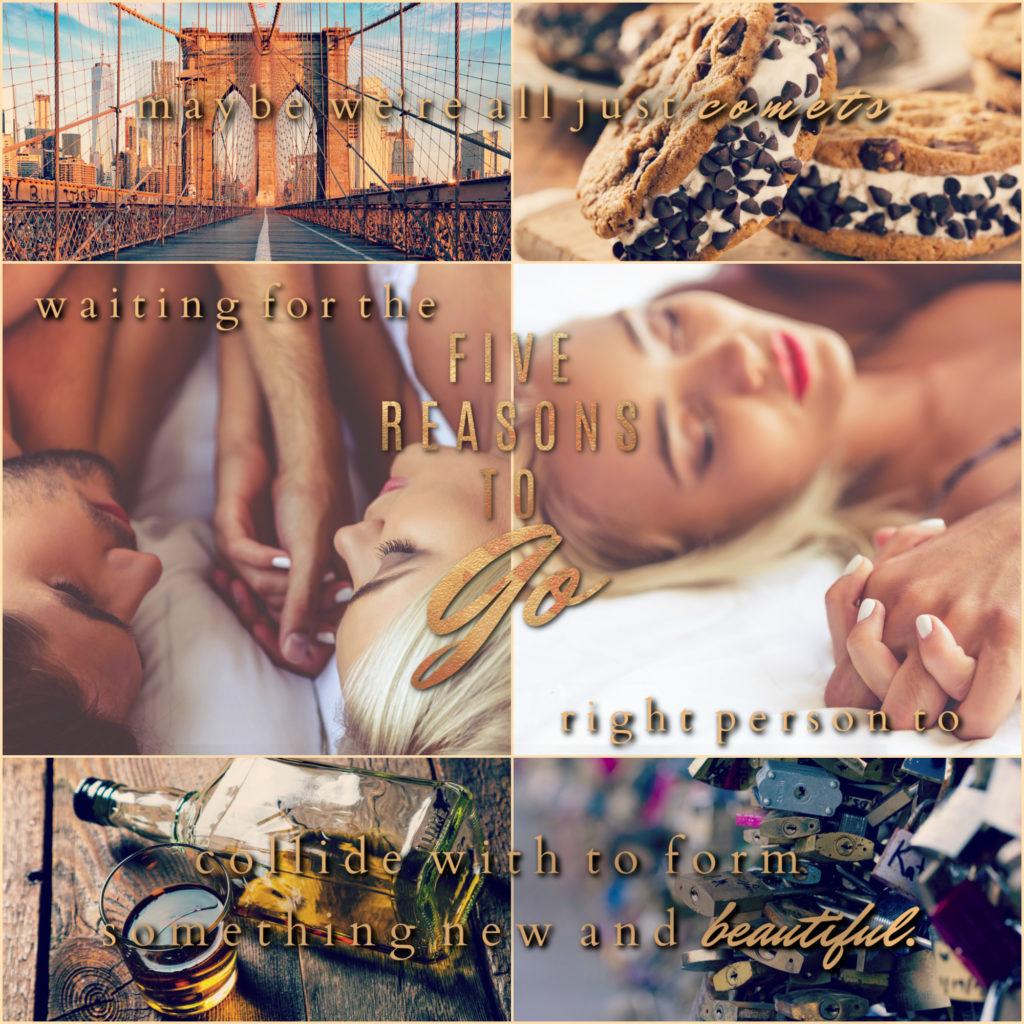 Don't miss the first book in the Risky Hearts duet! 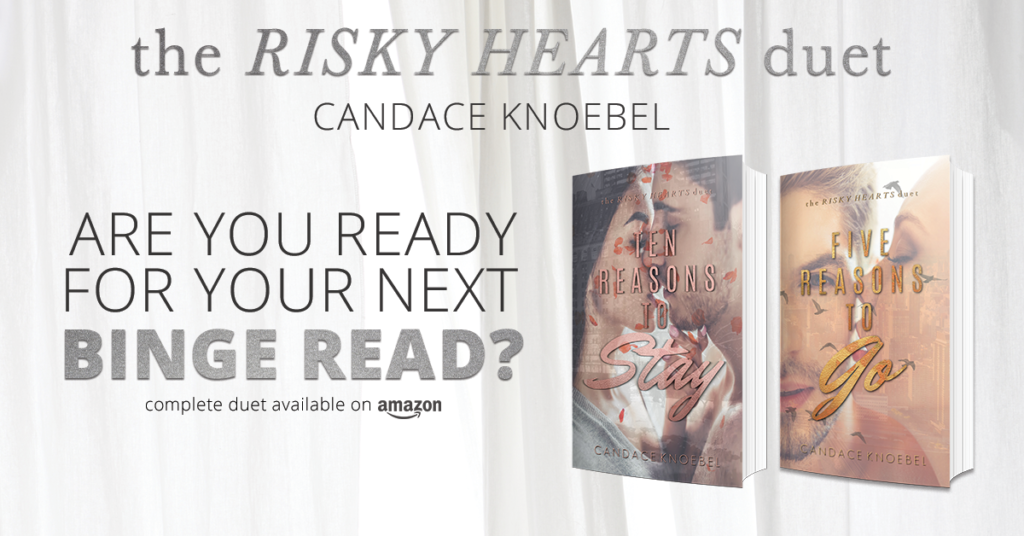 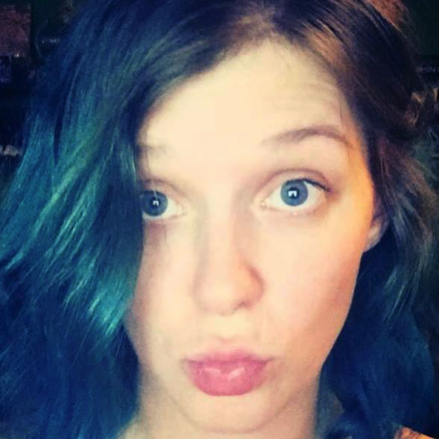 Candace Knoebel is a hopeless romantic with an affinity for whiskey and good music. Her love of words began when she met the boy who lived in the cupboard under the stairs. She’s a self-proclaimed Lost Girl. Words are her mirror. With two completed series, her work ranges from paranormal to contemporary, all centered heavily around romance. Currently she lives in Florida with her husband and two children, and has just completed her fifteenth novel, Ten Reasons to Stay.

When a teenage crush lead to a pregnancy at age sixteen Jessica found herself at the mercy of the child's much older father Hank. Even though he just saw her and the child as an inconvenience, he convinced her to marry him, making her believe it was the best thing for all of them. When in reality it was nothing but a disaster, her marriage is a sham, and her husband is an abusive drunk who has trouble being faithful. Then she meets Jack, he is everything her husband isn't, and for the first time in her life she learns what it feels like to be truly loved. Problem is Jack belongs to someone else... his wife.

Once upon a time Jack Swanson was madly in love with his wife, but somewhere along the line they began to drift apart. Rather than give up on their marriage, they decided to try something a little unconventional, and have an open marriage. At first their little plan worked like a charm, it gave them the excitement their marriage was lacking. But, it also brought along a whole new host of issues, issues that ultimately lead to a divorce. Now Jack is a broken, lonely man, who has lost everything... but one little chance encounter is about to lead him down a new path.

Five Reasons To Go is the flip side of Ten Reasons to Stay, giving you the story from Jack's perspective. I am glad the author decided to approach the story of this couple in this manner, because when I read the first installment I developed such a huge dislike for Jack, which made it hard to connect with him. So, it was nice to see things through his eyes, get a better feel of where he was coming from, and see him redeem himself a little. As I read his story I began to have empathy for him, which is something I didn't think was possible, but I did, and I also began to have hope that the one time "bad guy" would find a little happiness of his own. I highly encourage readers to go into these stories with an open mind, because it will allow you to fully appreciate the characters and their unique situation. I really enjoyed both of these stories, they were captivating, heartfelt, and beautifully crafted! 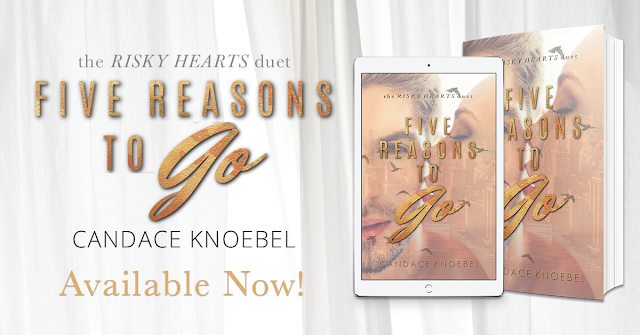