Bad boy quarterback Tyler Harris plays ball for a living and breaks hearts for a hobby.

With two championships in as many years, Tyler is the best quarterback in the league. Gorgeous and rich, he's at the top of his game. Women love him. Men want to be him. Only Tyler's not feeling the love. In fact, he's not feeling anything at all. Licking his wounds after a scandal and a breakup with his long-time girlfriend, he retreats to a run-down mansion on a remote island in the Pacific Northwest. Once there, Tyler is blindsided by the sassy redhead next door. He knows that he's met his match and possibly his soulmate. There's one problem. She despises him.

Lavender Mead has a good reason to dislike jocks, namely an absentee father who deserted the family to coach college football. Maybe that explains her penchant for bad boys -- especially those who play ball. Her new neighbor seems just that type. Yet Tyler's not the shallow superstar she expected, and she's inexplicably drawn to football's bad boy. The two are so hot together, they're combustible.

As the clock ticks down, can they commit to each other forever? Or will they both fall short of the goal at the last minute?

"Within the pages, you will find a heartfelt story line riddled with drama, passion, raw emotion, and of course the good stuff... heat!"--Red's Romance Reviews

"A very delicious, sports enthusiast romance!! Would definitely read more of this series."--Shock and Awe Blog

"Jami Davenport makes it hard to sit on the sidelines and not root her characters on."--I Love Romance

USA Today Bestselling Author Jami Davenport writes sexy contemporary and sports romances, including her two new indie endeavors: the Game On in Seattle Series and the Madrona Island Series. Jami’s new releases consistently rank in the top fifty on the sports romance and sports genre lists on Amazon, and she has hit the Amazon top hundred authors list in both contemporary romance and genre fiction multiple times. Jami ranked Number Seven on Kobo’s Top Ten Most Completed Authors, an honor bestowed on the year’s “most engaging” authors based on an average page completion rate by their readers.

Jami lives on a small farm near Puget Sound with her Green Beret-turned-plumber husband, a Newfoundland cross with a tennis ball fetish, a prince disguised as an orange tabby cat, and an opinionated Hanoverian mare.

Jami works in IT for her day job and is a former high school business teacher. She’s a lifetime Seahawks and Mariners fan and is waiting for the day professional hockey comes to Seattle. An avid boater, Jami has spent countless hours in the San Juan Islands, a common setting in her books. In her opinion, it’s the most beautiful place on earth.

Subscribe to my newsletter to receive a free novel and be notified of new releases, special sales, and contests: http://eepurl.com/LpfaL 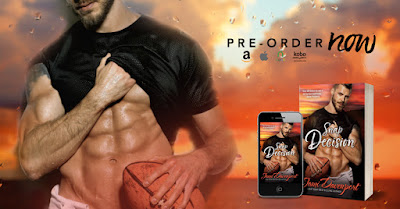