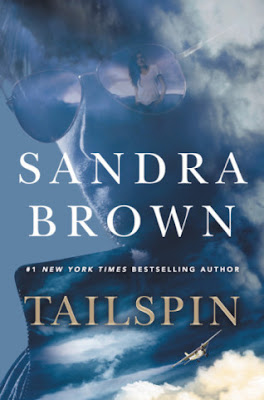 Add it to Goodreads| Add it to BookBub

#1 New York Times bestselling author Sandra Brown returns with a potent fusion of tantalizing suspense and romance, in a thriller about a reckless pilot caught in a race against time.

Rye Mallett, a fearless "freight dog" pilot charged with flying cargo to far-flung locations, is often rough-spoken, usually unshaven, and he never gets the regulation eight hours of shut-eye before a flight; but he does have a rock-solid reputation: he will fly in the foulest weather, day or night, and deliver the goods safely to their destination. So, when Rye is asked to fly into a completely fogbound Northern Georgia town and deliver a mysterious black box to a Dr. Lambert, he doesn't ask why--he just ups his price.

As Rye's plane nears the isolated landing strip, more trouble than inclement weather awaits him. He is greeted first by a sabotage attempt that causes him to crash land, and then by Dr. Brynn O'Neal, who claims she was sent for the box in Dr. Lambert's stead. Despite Rye's "no-involvement" policy when it comes other people's problems, he finds himself irresistibly drawn to the intrigue surrounding his cargo...and to the mysterious and attractive Brynn O'Neal.

Soon Rye and Brynn are in a treacherous 48-hour race to deliver the box before time runs out. With the hours slipping by and everyone from law enforcement officials to hired thugs hot on their heels, the two must protect their valuable cargo from those who would kill for it--that is, if they can trust each other.

Sandra Brown is the author of sixty-nine New York Times bestsellers, including the #1 Seeing Red. There are over eighty million copies of her books in print worldwide, and her work has been translated into thirty-four languages. She lives in Texas. 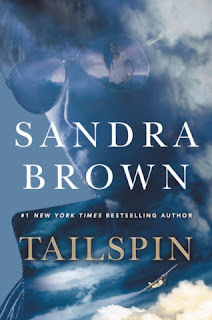 Rye Mallet feels most comfortable in the air, as an accomplished pilot he earns his keep delivering cargo, to places some wouldn't dare to travel. Come rain, shine, sleet, or any other unsavory weather condition Rye gets the job done, he is good at what he does, and has all the confidence in the world in his skills. But his current job inspires a few doubts, from the word go this mission has been jinxed, the weather didn't cooperate, the client made him more than a little nervous, and then when he attempts to land at his destination, his plane becomes the center of a sabotage.

Then if that wasn't enough to cause concern he meets the person who is supposed to be the recipient of the cargo, and it leads him to believe he has just become an unwilling participant in an elaborate sham. And he doesn't like that one bit, he was hired to do a job, and he intends to stick around and make sure it is done right, no matter the cost. But that also means spending lots more one on one time with the beautiful doctor who he thinks is deceiving him... and that's a whole new kind of trouble this pilot wants nothing to do with!

Between the pages of Tailspin you will find a suspenseful and thrilling tale certain to keep teetering you on the edge of your seat the whole way through. Rye and Brynn promise to keep you completely captivated from the moment they wander onto the page, with the constant action happening around them, and also between them, you are sure to be glued to the words! This newest offering from Ms. Brown was everything I hoped it would be, and so much more, it was romantic suspense at it's best. I highly recommend you get your hands on this one, I guarantee you will love what you find in the pages of this one!