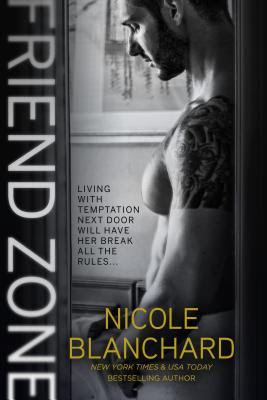 Liam Walsh is just a roommate.

Maybe if Charlie St. James repeats it enough, she'll stop lusting after him. Not that it matters how she feels anyway, because Liam will always see her as one of the boys. Hell, he's the one who gave her the nickname Charlie as a joke.

Well, the joke's on her.

Now that she is confined to less than 1,000 square feet with him, she can't stop thinking about how it would feel to get just a little bit closer.

Charlie St. James is off limits.

She's been Liam Walsh's best friend since grade school. He thought it wouldn't be a big deal to let her crash with him when she needed a place to stay, but he was dead wrong. Knowing only a thin wall separates them when they sleep, that she's naked in the shower while he lays in bed fantasizing about her, is unbearable.

When their cozy two bedroom goes from friend zone to war zone, they'll either burn up the sheets or go down in flames.

Nicole Blanchard is the New York Times and USA Today bestselling author of gritty romantic suspense and heartwarming new adult romance. She and her family reside in the south along with their two spunky Boston Terriers and one chatty cat. 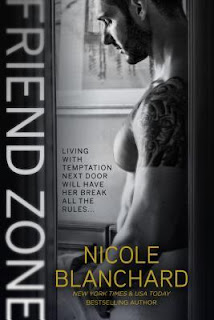 For so long Charlie has been known as just one of the guys, often sitting beside Liam and friends at the bar slinging back drinks, and up and until now it's worked just fine. But somewhere along the line, without either realizing it, they both started to harbor secret feelings for one another, both thinking the other had no interest in romance. But now that Charlie is single, and about to embark on a trip of a lifetime to do mission work, Liam realizes just how much he wants more from her, and it couldn't possibly come at a worse time. But making his feelings known could put their friendship at risk... now he has to decide if it's worth the risk?

Friend Zone was a sexy little page turner that gripped my attention from the first page and held it tightly until the last, once I got started I just couldn't let these characters go! This was quite an pleasurable read, loaded with feels to squeeze the heart, and steamy action to bring on the swoons, I truly enjoyed every single second of it! The story line was engaging, the characters came with a realistic feel, and the words were well crafted, friends-to-lovers fans will love it. Highly recommend this one!!

The publisher, via BookFunnel
Reactions: